Lady Bosses of the American West. From the strong Indigenous women that prevailed first, to the courageous Spanish wives and pioneering gals that came later – when it comes to brave and bold women, New Mexico is home. Here at American West Jewelry we are celebrating International Women’s Day as we do our own part to carrying on the legacy of lady bosses in the Land of Enchantment. Did you know that AWJ is a female owned company? That’s right, Carolyn Pollack, our cowgirl at the helm, is the creatrix behind American West’s authentically powerful designs created to embolden and honor the confident women who wear them.

When we think American West, we think of the adventurous women who blazed a trail through the New Mexico desert, unleashing their wild spirits in this remote and rugged land. Before there was suffrage or women’s lib, there were the unsung heronies of the mesas and valleys — the Mabel Dodge Lujans, the Georgia O’keeffes, and the Agnes Martins who used the freedom of the West to embrace their individuality.

In New Mexico it has never been uncommon for women to do “man’s work.” Cowgirls, such as Brita Lee and Linda Mitchell Davis grew up in the 1930s as expert ranch-hands, horsewomen and agriculturalists managing their family ranches during a time when most American women couldn’t wear jeans. Meanwhile Dona Tules in Santa Fe, and Lottie “Angel of San Antonio” Deno in Silver City made names for themselves ruling the roost as legendary gamblers and madams in famous brothels frequented by folks such as Doc Holliday. 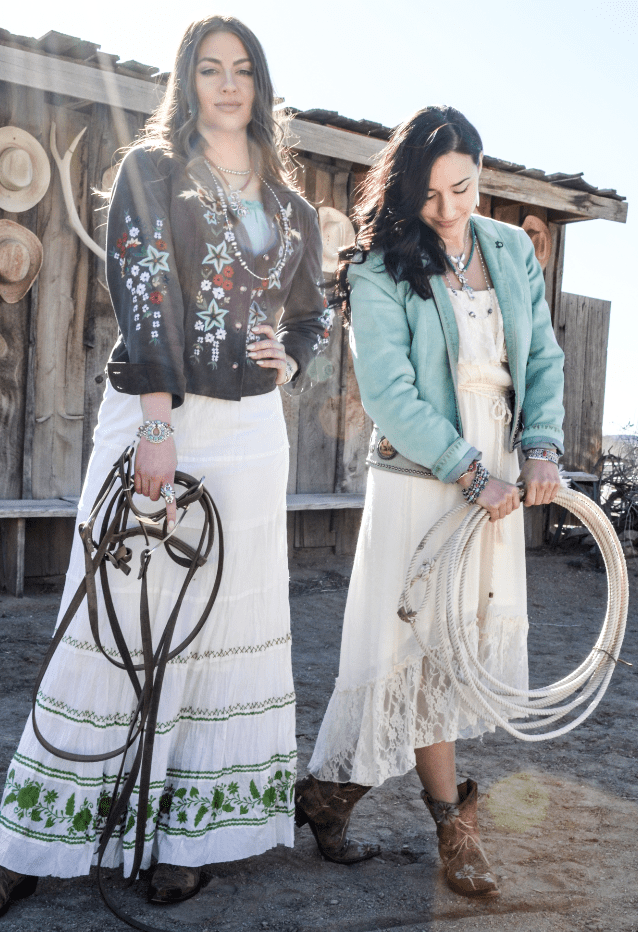 And before these wild women ripped through the West, there were the tough Indigenous women who not only sustained human existence here, but often fought alongside men as fierce warriors. Dahteste and Lozen are both famous female Apache warriors who fought with Geronimo. Then, in 1886, it was two Navajo women who became the first women to ever be enlisted in the U.S. Army, serving as scouts with the Army’s 20th Infantry Regiment. In 2009 during a welcome home story for Army Sgt. and Iraq veteran Sarah Kelly, the Navajo Times quoted that, “the history of our women warriors almost vanished from our memory. Their sacrifices are not written down or talked about… When ceremonial names are given to Navajo females, they are war names… Navajo women go into battle to hold their families together.”

No matter where you look in history, the women of New Mexico have left an impressive mark. As we celebrate the accomplishments of women around the planet, we couldn’t be more honored to walk in the footsteps of these and so many other inspiring women. And here’s to all of you, our sisterhood of friends, collectors, and inspirers – this day is for you!