#AWYou Monique Candelaria, In Her Own Words. We thought it was about time you met the face of American West Jewelry. Monique Candelaria has been modeling for us since 2015, but this New Mexico-born actor is a diverse and passionate artist with a fascinating story. 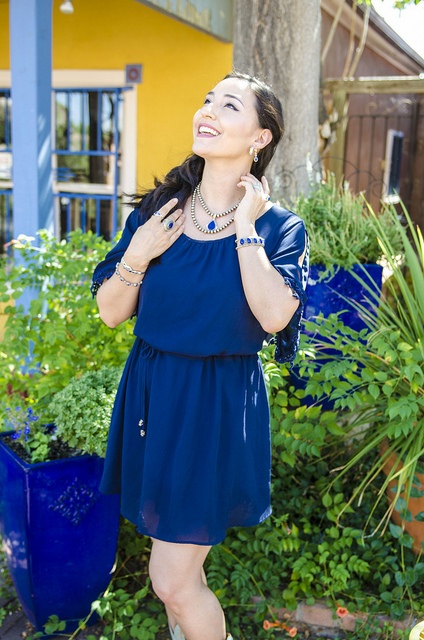 American West Jewelry: How do you describe yourself, artistically?

Monique Candelaria: Artistically, I would describe myself as being fluid. I flow through many art forms every day of my life – whether it be for my career as an actor, singing around town as a passionate hobby, or writing stories or drawing as a form of meditation.

AWJ: Describe the experience of being the face of American West Jewelry.

MC: Honestly I felt truly honored to be considered for such a position. The brand itself embraces the cultural influences of its creative inspirations while emphasizing the empowerment of women. Being born in the state of New Mexico, I am a product of my environment by being a mixture of Mescalero Apache, Aztec and European descent.

Essentially, I feel that by being able to embody the history of my ancestors I have helped bring to life the authenticity of the brand while also emphasizing that acceptance in a diverse mixed-culture can help us evolve and create a better world filled with beauty. I am embodying the values of American West by making sure that I embrace who I am as a person, follow my dreams and never allow myself to be limited by fear.

AWJ: Was there a moment when you knew you were going to be an actor?

MC: I was two years in at the University of New Mexico when I realized that even though I excel in science, I was always looking for a way to be creative. I realized I’d rather live a life of unpredictability and be happy than go for stability and live a life of monotony. So, I changed my academic path from science to the arts and ended up graduating in 2009 with a Bachelor of Fine Arts in Theatre with an emphasis in acting.

AWJ: What have been the highlights of your career?

MC: The seed that allowed my career to blossom was being cast in Bless Me, Ultima where I became eligible for the Screen Actors Guild. Then, The Control Group was my first lead-role on a feature film. It was also my first time having a role where I was sent out of New Mexico to Fergus Falls, Minnesota. I will never forget the feeling of getting on an airplane and knowing I was going to be away from home for a month because I was actually doing something I love.

The most recognizable highlight in my career was being cast in Breaking Bad as “Lucy” in Episodes #501 Live Free or Die and #516 Felina! Suddenly I was getting recognition internationally. It was an exhilarating feeling but one of awe as well because even though I watched Breaking Bad, I had no idea at the time how far its reach truly was.

My most recent major highlight was being cast as a recurring character on a mini series called Snatchers! The second season I was cast in New Mexico, and when the show got picked up for a third season I was flown to Salt Lake City, UT. These 2 seasons have not yet been released but when they do I will definitely post it on my Instagram page (@MoCa369) and on my Facebook fan page. So keep an eye out for it!

If you’re interested in seeing other films I have been a part of check out my IMDb page at imdb.me/moniquecandelaria.

AWJ: Who are the women that have inspired you the most along the way?

MC: The woman that has inspired me the most is my mama. She is the strongest person I know, inside and out, with a heart of gold. She has taught me to always ask questions, take the time to analyze, know where I stand, and never be afraid to fight for what I believe is right.

She has also encouraged me to follow my dreams, and although she gives me my space to create my own life path, she is the one person I know that will always be there for me. She ultimately inspires me to be the best person I can be while finding ways for those around me to shine, as well. 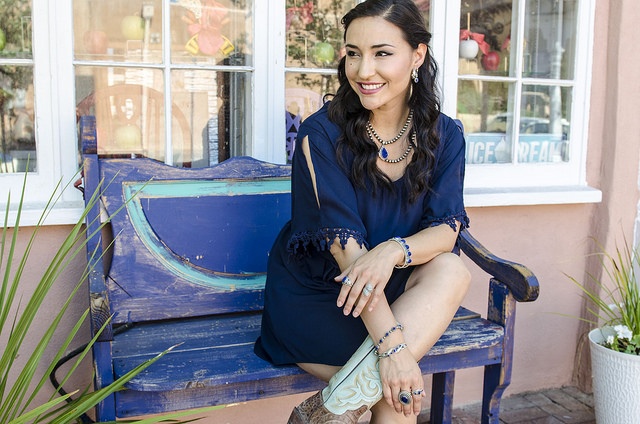